I love Thursdays, part of it is because it is the armpit of my week, because Jed is basically only home to sleep Monday through Thursday evening. He works 4 10's, has an hour drive to work one way and then as soon as he is done with work he races to get to school. It is the quarter before he gets his associates and it is keeping him excessively busy. Please don't take this as complaining, I do get lonely at times but how grateful I am that he is willing and determined to do his best. I like him a lot. :)

So come Thursday I am at the end of my emotional rope so to speak with being a single parent. I honestly don't know how people do it day in and day out. But Thursday is also a great day because it means we have Jed home for the whole rest of the weekend. It makes me giddy with glee.

We had some fun happenings today, Eli managed to climb very carefully down the very large stairs on the bus, he normally just wants to jump to me, but between the bus driver and I we decided it would be worth the extra time it would take to help him grow the confidence to go down them. He did great and I kept reminding him to hang on to the rail and come down slowly. I also got an email from his teacher telling me he has already made great progress. 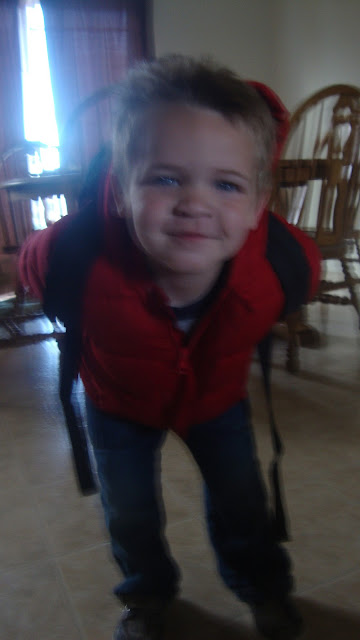 Ruby called me from school telling me she wasn't feeling well, so I came to pick her up and she did look pail, so she came home. It was amazing how her strength was restored after getting home. :)

We borrowed Rise of the Guardians from the neighbors and as we were getting ready to watch it Ruby said she had a tooth that was wiggly and tried to pull it out, she needed a little help so I was able to work my magic and Ruby will now be visit by the tooth fairy this evening. She is thrilled.

I tucked the girls in and came upstairs to run my bath so I could watch Larkrise to Candleford and I could hear Emma's voice, I came out to check on her and she came up to tell me that she wrote a note for Jack Frost and that it was under her pillow and that she hoped that the Tooth Fairy would take it to Jack Frost. And she just wanted me to know that. She said that she would show it to me tomorrow if the Tooth Fairy didn't pick it up. I love that girl, I think she has a thing for Jack. It was made known to me tonight at dinner that she broke it off with her boyfriend E. It was difficult to keep a straight face and to be casual. 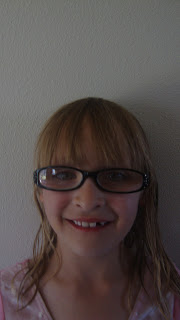 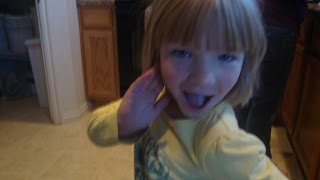 I am feeling a little responsible as well for my neighbors misfortune, their son is waiting for his mission call to come and so when I saw the mail truck I knocked on their door to let them know it was here. I know I am a stinker. So Eli and I watched from the window while eating popcorn, as he was coming out to get the mail his dad was walking backwards recording and his mom and sister recording from the back. Long story short, Sir neighbor took a stumble and is now left with a broken foot, I feel some guilt for it. Perhaps had I not been a Mrs. Cravitz none of that would have happened. Alack and alas, I did make amends by lending them a favorite musical of mine that I was sure would lift their spirits.
Posted by The Romig Chronicles at 9:19 PM