Ruby finished preschool on Monday. They had a Circus day party and Ruby was the elephant. This year has been so good for her and she has made some good little friends. I know she will look forward to Kindergarten in 2011. We decided that she will be doing preschool at home next year. It will be an interesting adventure, but one I am looking forward to. Ruby absolutely love her teacher Mrs. Forsyth, on her second to last day she came home with a packet of work that consisted of work she did at the beginning of the year and things she did at the end. The difference was amazing. She had learned so much this year. 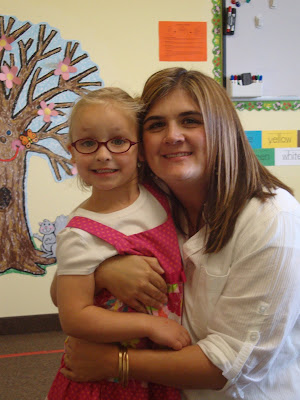 I have started getting smiles from Eli occasionally. He is such a little love. 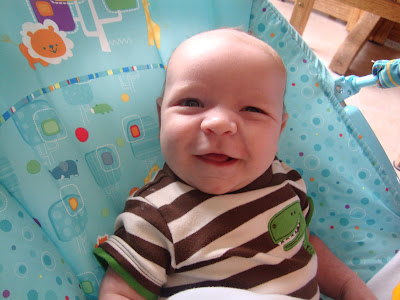 We are working on getting his splints still. They had to special order the supplies to make them. ECI was supposed to come on Monday for an evaluation and never showed. Then I got a call from his caseworker on Wednesday to reschedule. Somehow there was a mix up and she got a message that I had canceled our appointment. She appologized profusely and we got a new appointment set up for June 8th. Eli had his MRI on Tuesday, and it went really well. They had to give him multiple doses of medication to help him stay asleep so they could get the images they needed. He was very sleepy after the procedure and wouldn't open his eyes for 5 hours. He would respond to us moving him around and would take a bottle so they sent us home. It was nice when he finally opened his eyes and was extremely hungry. It was a blessing that Jed was able to come with me. It would have been a long test without him there. We got the results yesterday, the images showed that there was no tearing of the nerves, which is excellent and then we discussed what we need to do until his next neurology appointment in June, all of which is in the works. We were extremely relieved with the news.

Ruby is our little nursemaid and loves to hold Eli up to her shoulder and move him around. 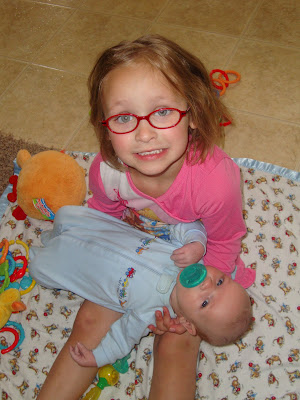 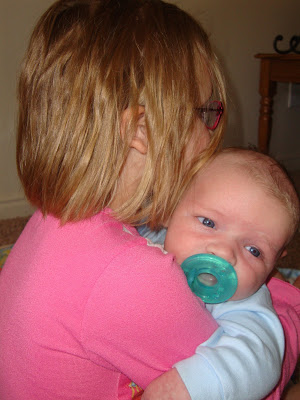 Saturday my Grandma Delly was down for a visit along with my Aunt Marla. We had a girls day out and had a wonderful time. Eli and his cousin Josie were born a day apart, when you see them together though you would never guess that. They are about 4 lbs different, it will be fun watching them grow up together being so close in age. 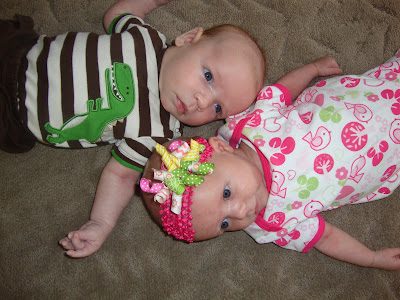 Posted by The Romig Chronicles at 12:23 PM